Many of you will have received correspondence from Southern Water about the work to be undertaken to provide a sewer network to the three new developments in Paddock Wood.  This ‘newsletter’ invites correspondence from residents and the accompanying letter states that they are looking at how to hold local drop-ins, which are in lieu of a public meeting which was planned for April 2nd, but had to be cancelled.

Whilst we welcome Southern Water’s commitment to putting the sewer in after Paddock Wood Town Council have spent four years in negotiation with Southern Water ,with more recent intervention from MP Greg Clark, we are not in agreement with the following elements of this plan:

For the above reasons PWTC does not support this scheme as it does not bypass the existing network which is already at capacity. The addition of 1200 homes to a system which Southern Water have repeatedly told us is at capacity does not make sense to us. 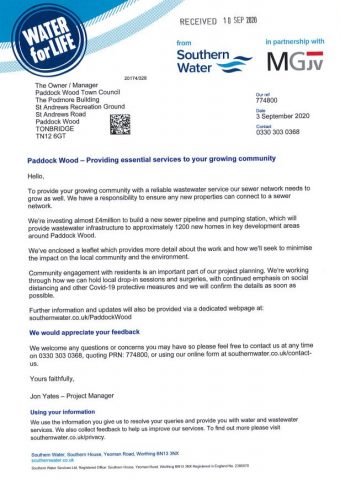 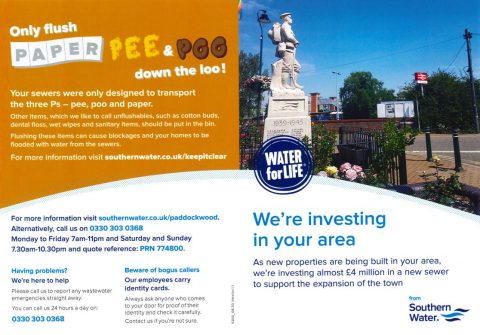 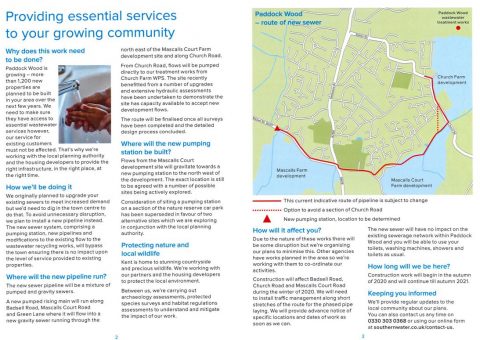