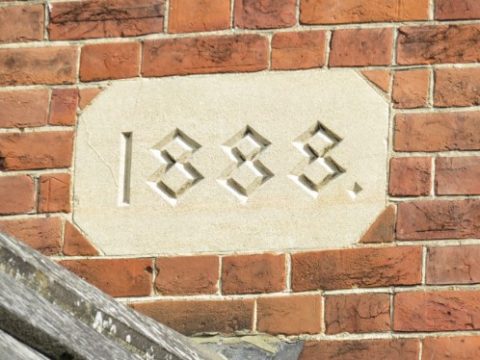 Centrally sited in Commercial Road, Paddock Wood, and proudly bearing the date 1888, stands the former Wesleyan Methodist Chapel (formally known since November 1979 as the Wesley Centre).  This, the oldest publicly owned building in Paddock Wood, houses the town’s oldest World War One memorial tablet on which are inscribed the names of 13 men, former worshippers at the Chapel who gave their lives for their country.

Prior to the Chapel being built, Paddock Wood Methodists would have worshipped at either East Peckham, Brenchley or Laddingford.  But as the community grew it became clear that Paddock Wood needed a chapel of its own.  Building work commenced in early 1888, the successful tenderers being Messrs White and Humphreys of Tunbridge Wells.  The overall cost of the project amounted to £580.  The land on which the Chapel stands was clearly donated but by whom is not recorded.

On 11 July 1888 four memorial stones were laid in the front wall of the Chapel.  From left to right these stones bear the names of Thomas Twiddy of Rotherfield, Sussex, Mrs H J Overy of Paddock Wood, Mrs Bretherton of Tunbridge Wells and the late J.M. Cole of Roxholme Hall, Sleaford, Lincolnshire.  The first three were probably benefactors to the Chapel but the fourth, whilst having no known connection with Paddock Wood, was a staunch supporter of the (Wesleyan) Methodist movement who had subscribed liberally to the cause and who had died just ten days previously.  Mrs Overy was Sarah, wife of Henry James Overy, of Mascalls Court House.

By Act of Parliament the new Chapel had to be registered as a place of worship.  This was done on 12 October 1888 when the required statutory document was submitted to the Registrar General.  The signatory was Henry James Overy who was described as a trustee of the Chapel.  The Chapel was formally opened on Tuesday 3 October 1888 when two special services were held, each attracting a large congregation. 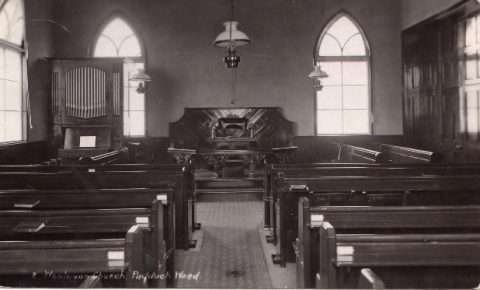 In early 1889 the Chapel became part of the newly-formed Tonbridge Methodist Circuit.  Support for the movement in Paddock Wood continued to grow, congregations at services steadily increased and in 1897 the decision was taken to appoint a resident minister.

During its existence t 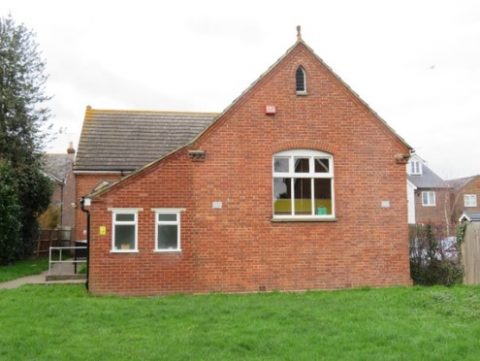 he Chapel would have seen many baptisms, marriages and funeral services.  There is no evidence that the Chapel had its own baptismal register although the Circuit would have kept its own record of christenings at Paddock Wood.  As regards marriages, it appears that the Chapel was registered to perform marriages (probably after the Marriage Act of 1898 was passed) but the County Archives only have registers dating from 1948 (see below).  Funerals would not have been officially recorded but by law burials had to be entered in Circuit registers.  No record of Wesleyan burials in Paddock Wood has so far emerged but the land to the rear of the Chapel had the potential to act as a graveyard and intriguingly a number of older Paddock Wood residents are adamant that there were three (or possibly four) graves in the open area behind the Chapel schoolroom (on the right hand side as you view the building from Old Kent Road).

This last and final marriage which took place on 1 September 1979 was between Henry Morton of Ringden Avenue and Edith Pilbeam nee Bridges of Dowding House.  Both were in their seventies, proving yet again that romance is not the sole prerogative of the young.

At this point the marriage register ends, with the following entry dated 5 August 1982:

In consequence of the Trustees of the Methodist Chapel, Commercial Road, Paddock Wood, having ceased to avail themselves of the provisions of Section 43 of the Marriage Act 1949 this register is closed at this point by direction of the Registrar General. 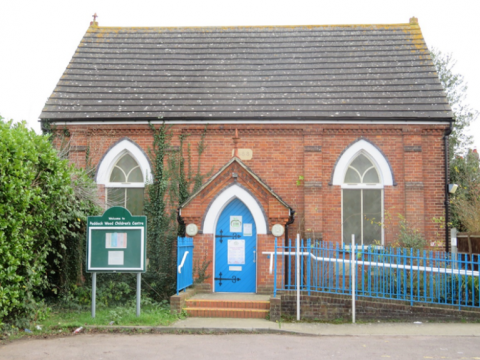 The events concerning the Chapel from 1900 onwards and the changes which gradually and ultimately led to joint worship with the Anglican Church of St Andrew are admirably described by the Rev Stuart Radford in his booklet Methodism in Paddock Wood, published circa 1997.  Suffice it to say here that the Chapel closed as a place of worship in September 1979 and despite several attempts to sell the building and replace it with new development it was eventually purchased in 1996 by Tunbridge Wells Borough Council in whose ownership it currently remains.