The Town Council Offices will be closed from noon on the 24th December 2020 and re-open fully on the 4th January 2021.

The answerphone & emails will be checked regularly over this period.

If you are vulnerable and require help over this period, please contact Paddock Wood Community Support – paddockwoodcommunity@gmail.com   07385 105340 or on their facebook page https://www.facebook.com/PaddockWoodCommunitySupport/

For Flooding queries please visit the TWBC website or the KCC website, which provide numbers to call for emergency flooding.

The staff at Paddock Wood Town Council would like to wish all our residents a MERRY CHRISTMAS! 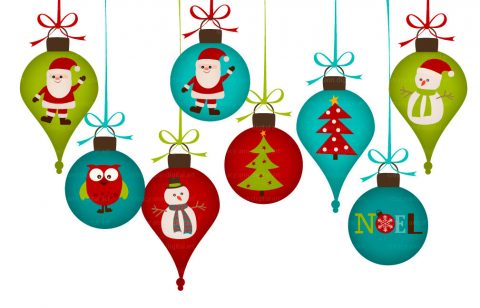 On 29th July, Cllr Ray Moon myself accepted an invitation from Peter Trent (co-opted member of PWTC P&E Committee) to attend a meeting arranged by Peter with Southern Water to discuss the plans for the new sewer to serve the three new major developments in Paddock Wood. The plans presented to Paddock Wood Town Council by Southern Water in February 2020 illustrated a ‘Round the Town’ solution with the ‘majority of route within development site boundaries to minimise construction activities’. The benefits of this approach were avoidance of ‘extensive disruption and road closures’, existing deep lying pipes were constrained by other services and storage tanks requiring hard standing for tankers could be reduced or avoided. We understood that Southern Water were in discussion with Network Rail to agree a new route under the railway from Church Farm directly into Paddock Wood Wastewater Treatment Works.

Imagine our surprise on 29th July when we discovered that the current plans include the pumping station to serve the Berkeley Homes (Mascalls Farm) development being situated on one third of the Foal Hurst Wood carpark (land which is owned by PWTC). The pipeline from the same pumping station will be laid along the length of Badsell Road to Mascalls Corner, then under both Maidstone Road at Mascalls Corner and along Mascalls Court Road, under PWTC land on Green Lane land , finally entering Persimmon owned land. The alignment then continues along the western edge of the Persimmon development site. From where it turns left – approximately north – along Church Road and joining the current sewerage system at the existing Church Farm pumping station on the corner of Le Temple Road. No new route is planned under the Paddock Wood to Ashford railway line at all. The point of connection into the existing system is in an area where there is a combined surface and foul water sewer system and where residents frequently complain of sewerage overflow problems.

It is claimed that Berkeley Homes have no space on their site for the pumping station or the pipe network to serve the houses they are building, despite knowing that a new sewer would be required since the development was given planning permission four years ago. Similarly, even though the final layout on the Church Farm site is not fully approved, Countryside cannot allocate space for a sewerage pipe to go across their land. Finally, although it was not clear if they were actually approached, Network Rail have not approved a route under the railway, so whether this was due to a refusal by Network Rail or because this would be too costly for Southern Water this is no longer planned. Whichever way this is viewed, the situation we are in shows complete contempt for the existing residents of Paddock Wood by the developers and Southern Water. There is a requirement for developments not to make conditions worse for existing residents and the Borough Planning Officers often talk about ‘betterment’, referring to improvements for existing residents.

The situation we are faced with is that:

Greg Clark MP chaired a meeting with Southern Water on August 11th, when we stated our concerns relating to this plan and will feed back to residents shortly.

If Paddock Wood is to get the desperately needed new trunk sewer, thus ensuring that all three new developments do not add to known existing drainage issues, residents need to get behind the Town Council on this matter. Residents are encouraged to write to the following:

They should be asked directly for a rethink of this plan and to put the sewer inside of the three new developments’ boundaries, with a new pipe crossing under the railway line straight into Paddock Wood WWTW.

Re-opening of Car Parks and Play Areas at Recreation Grounds

The car parks at St. Andrews Field and Memorial have now reopened.  We ask all residents to remember and follow the social distancing rules.

The following rules must be observed when using the play areas.

Due to the government advice regarding the Covid 19 outbreak the Town Council has closed the Day Centre in Commercial Road from this Friday, 20th March.

The Town Council offices at St Andrews Field are closed to visitors but can be contacted in the normal way by telephone and email as the officers will continue to work from the office for now. 01892 837373 email: clerk@paddockwoodtc.co.uk

The council has vacant allotments at Badsell Road and Ringden Avenue, please contact the Town Council for details. Further information can be found here.