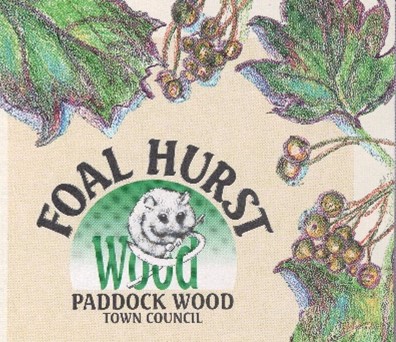 Foal Hurst Wood in Paddock Wood dates back to at least the 17th century.  This entitles it to be regarded as ancient woodland, which in England is defined as woodland that has existed continuously since 1600 or before.  Prior to that date planting of new woodland was uncommon so a wood which existed in 1600 is likely to have developed naturally.  In most, if not all, ancient woods, the trees and shrubs have been coppiced periodically as part of the management cycle but provided the area has remained as woodland, the site is still considered ancient.  Since it may have been cut over many times in the past, ancient woodland does not necessarily contain very old trees.

For many species of animal and plant, ancient woodland sites provide the sole habitat and, for many others, conditions on these sites are much more suitable than those on other sites. Because they have developed over such long timescales, ancient woods have unique features such as relatively undisturbed soils and communities of plants and animals that depend on the stable conditions ancient woodland provides, some of which are rare and vulnerable.  Ancient woodland in the UK, like rainforest in the tropics, is home to rare and threatened species and is often described as an irreplaceable resource.

Although it has been modified over many years by coppicing Foal Hurst Wood retains many ancient woodland features including specimens of wild service tree, a deciduous broadleaf tree native to the UK.  Despite being the only piece of natural woodland within the parish the importance of the site was not really recognised until the 1980s when Canon Denis Winter, vicar of Paddock Wood and the then chairman of the parish council became interested in the site’s potential as an asset for the community.  By this time a section of the wood had been cleared, fenced and replanted with oak and larch by the owners, Kent County Council (KCC) but happily some of the older boundary trees remained and none of these suffered damage from the great storm of October 1987. 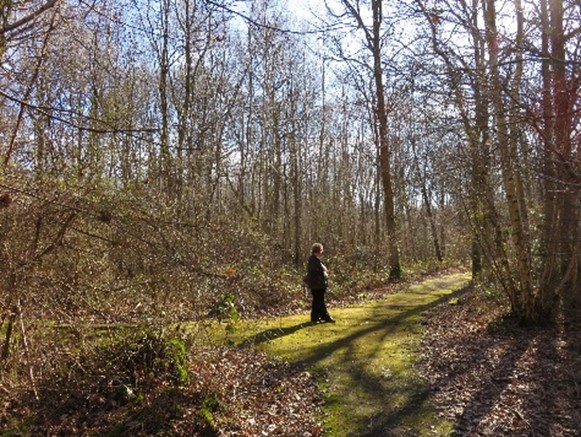 In the 1990s KCC decided to dispose of much of its agricultural and woodland holdings.  Canon Winter (who for many years had made the point that Paddock Wood had neither a paddock nor a wood that the town could call its own) had by now left the parish but his interest in Foal Hurst Wood had not been forgotten.  Negotiations took place with KCC and on 19 March 1997 ownership of the 30-acre Foal Hurst Wood site was formally transferred to Paddock Wood parish council for £25,000.  The council decided that this would be the town’s millennium project, an asset for future generations and an expression of the importance that nature plays in people’s lives.

On the southern border of Foal Hurst Wood was an 11-acre area of meadowland already owned by the parish council.  This land was incorporated into the Foal Hurst Wood site and as a result it was possible to provide public access to the wood together with associated car parking.  Once public ownership of Foal Hurst Wood had been secured plans for the area were developed and work began to turn it into a community nature reserve.   The Foal Hurst Wood Volunteers Group was formed in early 1998 and they commenced caring and managing the woodland for all to enjoy.  Expertise was provided by the Kent High Weald Project and British Trust for Conservation Volunteers, whilst a major provider of development funding was the Forestry Commission.

The Woodland was formally opened by the Mayor of Tunbridge Wells on 3 May 1999 and the following pledge was made:

“As custodian of Foal Hurst Wood, Paddock Wood Town Council pledges the continuance of this ancient woodland for the people to enjoy both physically and spiritually”.

Two months later it was given official status as a Local Nature Reserve by Tunbridge Wells Borough Council and English Nature. 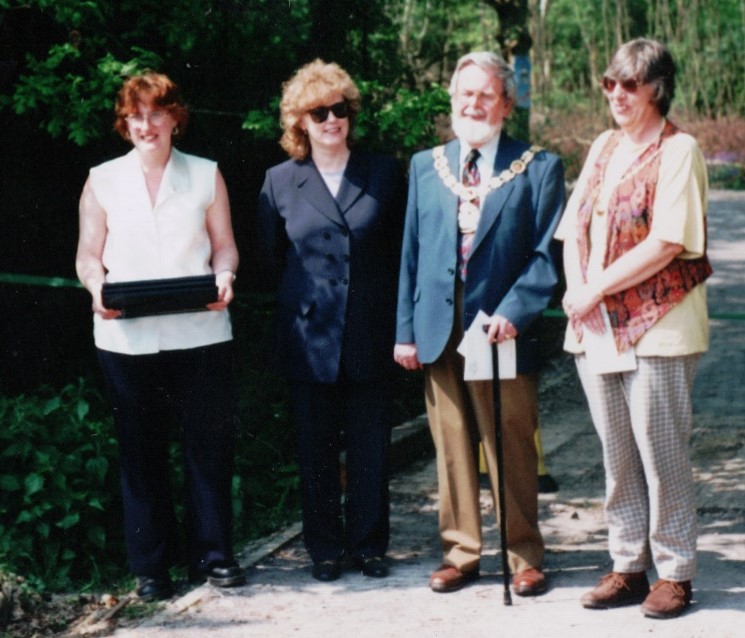 A variety of birds thrive in the wood including woodpeckers, blackcaps, chiffchaffs, wrens, treecreepers and sparrowhawks.  Altogether over forty species have been identified.  There are also at least four species of bat together with field voles, woodmice and yellow-necked mice. Perhaps the wood’s most precious resident is the dormouse.  Dormice are becoming rare in this country but Kent remains one of the few strongholds.  The wood is an ideal habitat with its network of low shrubs and tree branches and plentiful food sources throughout the year.

Other woodland creatures include grass snakes, lizards, many types of beetles and bugs, and a variety of butterflies and moths.  In the spring there are primroses, orchids and carpets of bluebells, in summer dog rose and honeysuckle whilst autumn provides a colourful array of fungi.  Winter shows the stark and natural beauty of the woodland.

Thanks to the Kent High Weald Partnership a trail runs around the perimeter of the wood, whilst a network of footpaths leading from the trail makes it possible to explore the interior. Within the wood itself there is a network of footpaths that take the walker deep into the heart of the reserve and around its outskirts.  It should however be noted that dogs are not allowed in the wood.  This is because dogs are natural hunters and even when controlled by a lead their scent carries throughout the wood and causes a major disturbance in the ecological balance of the environment. 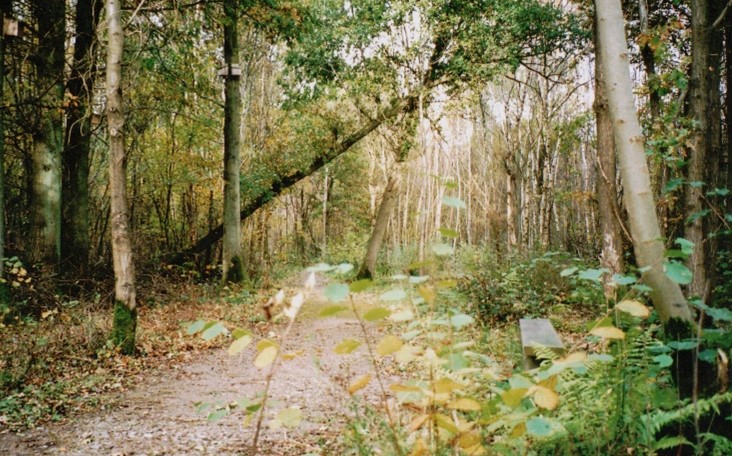 Foal Hurst Wood Steering Group manage the site on behalf of Paddock Wood Town Council and it is maintained by the Foal Hurst Wood Volunteers Group with assistance from the council’s estate staff when required.