Flags are traditionally flown by the Town Council for a variety of reasons: to show allegiance, support, respect or to celebrate.  The Town Council will always be sensitive to the views of all sectors of its community and will never use flags for political purposes.

Although it is free to fly the Union Flag at its discretion, it will as far as is appropriate follow national guidance.

The following flags will be flown on the dates indicated:

The Union Flag, in accordance with guidance from the Department for Culture, Media and Sport, flies as follows:

The Town Council have discretion to fly the Union Flag at other times:

How should the Union Flag be flown?

The correct way up for the Union Flag when flying is with the broader diagonal white stripe at the top left-hand side of the flag nearest the flagpole. 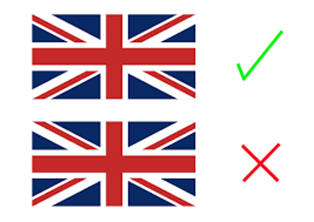 When and how should flags be flown at half-mast?

When raising the flag, it should always be hoisted right up and then lowered back down to half-mast.

Flags should be flown at half-mast on the following occasions:

Flags will be kept at the home of the Chairman and the Estates Manager with keys to the flag pole.