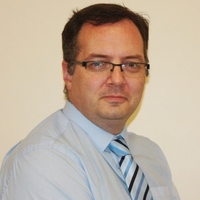 Derek moved to Paddock Wood in 2008, where his wife had grown up. He became a town councillor in May 2015 and served on the Estates Committee, and chairing it since May 2016. Derek’s current occupation is running a teacher training organisation in South East London where he trains around 100 Primary and Secondary teachers each year. Prior to this he worked in Kent Schools initially as a Science Teacher and later as an Assistant Head Teacher. Derek has a wife, who teaches Science in a Tonbridge School, and two children.